China – A Great Journey To The Middle Kingdom at Crypto2Mobile.com! 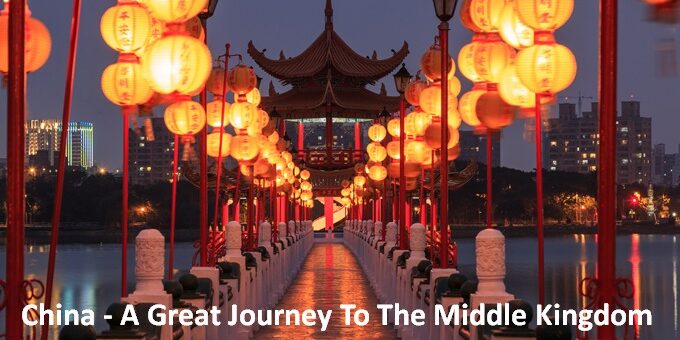 China – A Great Journey To The Middle Kingdom at Crypto2Mobile.com!

It is not easy to write about China, it is also difficult to get to know it completely, describing the Middle Kingdom always seems to be a breakneck art. How to write about a country that in its diversity resembles Europe, and is in the forefront of the largest countries in the world by its size.

China is a country of great things. The history of China is great, great achievements in civilization, great falls, great wall, and now great economic expansion all over the world.

China is the 3rd country in the world in terms of area and 1st in terms of population. In 2020, it was inhabited by over 1.4 billion people. The vast territory of this country means that its individual parts differ from each other not only in terms of climate, but also in terms of culture, language (different dialects) and culinary preferences. Everywhere, however, you can meet smiling residents who, despite the lack of knowledge of the English language, try their best to help tourists.

China is a huge and very diverse country.
China’s traditions are passed down from generation to generation and are visible in many aspects of life and art, especially in painting. Chinese art is known all over the world. Painted in a specific way, the pictures show nature and nature with numerous allegories relating to the surrounding reality. Pictures aren’t just art. Many of them have a deeper hidden meaning. For example, it is a good idea to have a picture or figurine of an animal that is the patron saint of the household’s birth year in order to bring good luck.

A very important element of Chinese tradition and culture is calligraphy, considered the highest form of art. Works of art and elements deserving special mention are decorated with handwriting. Chinese calligraphy has changed over the centuries. Once the system was based on pictograms and ideograms representing specific abstract elements and concepts, it has now been simplified and replaced with semantic compounds.

The scenes presented in the pictures and the colorful descriptions made with calligraphy are the essence of ancient Chinese traditions.

Customs and superstitions are part of China’s culture, many of them completely incomprehensible and strange from our point of view. Dragons are considered magical creatures that haunt the human world, they are the personification of the yang concept and a symbol of good luck. According to beliefs, the dragon comes to visit the human world on the 24th day of the sixth lunar month. People hang lanterns to illuminate his path. Dragons are an essential part of Chinese culture and appear in many different forms.

The Chinese attachment to the meaning of numbers and colors is also remarkable. Four and fourteen are unlucky numbers, while eight is lucky. Red is considered lucky, which is why all New Year’s ornaments, envelopes with money or wedding decorations, including dresses, have this color. On the other hand, white means sadness and mourning, and green is a symbol of energy and life, but also dishonesty.

Fortunately, Chinese cuisine is very rich in flavors, and is one of the most famous in the world. Because which bigger city in the world doesn’t have at least one Chinese restaurant !?

Food has a special meaning for the Chinese. They treat them almost mystically, which can be seen in every meal they prepare. According to the rules, the Chinese try to eat three hot meals a day.

It should come as no surprise that you eat food with chopsticks and soups with a spoon. The ones used in China are called kuaizi – they are usually square and have a blunt end, most often made of wood or bamboo. It should be remembered that chopsticks must not be stuck on or gesticulated with them, as it is considered an insult in Asian countries. If we want to take a break from eating (or we have finished eating), we put the sticks on special pads, because sticking the sticks into the rice is literally perceived as a death wish (in China, people put incense in bowls with food folded as an offering for the dead, so sticking the sticks into the rice similar way reminds of this custom).

It should also be remembered that we only pour drinks on others, never ourselves. Moreover, each official dinner should start with a toast raised by the host.

THE QUINTESSENCE OF HISTORY AND CULTURE OF CHINA – THE GREAT WALL OF CHINESE, FORBIDDEN CITY

The most famous in all of China and one of the most famous ancient monuments in the world is the Great Wall of China. This building has become a permanent element not only of Chinese culture, but also of global pop culture. Although the reports that the wall is visible from space are not true, the structure is truly impressive. The total length of the wall is 8851.8 km and consists of 6259.6 km of man-made walls, 2232.5 km of natural barriers and 359.7 km of a trench. The wall is a fortification that dates back to 656 BC. (the oldest textual sources concerning the walls of the kingdom of Chu are dated this year). Over the centuries, the building was strengthened, enlarged and rebuilt so that today it is a monument to Chinese history.

The Great Wall of China was inscribed on the UNESCO World Heritage List in 1987, and on July 7, 2007 it was declared one of the New Seven Wonders of the World. Currently, only small parts of it can be visited. In the Beijing area, these are: Badaling, Jinshanling, Simatai, Huanghua, Mutianyu, Juyongguan.

The center of the center state is Beijing – the capital of China. When visiting this country, it is impossible not to visit this city. While in Beijing, you must see the old capital, the Forbidden City. The highlight of the Forbidden City is the Imperial Palace. All buildings gather around this edifice. The complex of buildings with the palace has been inaccessible to ordinary bread eaters for centuries and this is where its name comes from. While visiting the Forbidden City, you can see the classical architecture of China.

TOP UP YOUR MOBILE AT CRYPTO2MOBILE WITH CHINA OPERATORS :

China Telecom is the Global Telecommunications provides services such as Unified Communications, Bandwidth, Internet, Cloud, Media, and many more.

China Unicom
China United Network Communications Group Co., Ltd. or China Unicom (CUniq in short) is a Chinese state-owned telecommunications operator of China. China Unicom is the world’s fourth-largest mobile service provider by subscriber base.
Started as a wireless paging and GSM mobile operator, it currently provides a wide range of services including nationwide GSM mobile network, long-distance, local calling, data communication, Internet services, and IP telephony in mainland China.
China Unicome has operated a CDMA network in Macau since October 18, 2006 and internet services in North Korea since 2010. As of the end of April 2008, the company had 125 million GSM subscribers and 43 million CDMA subscribers. As of November 2008 the CDMA operations have been moved to China Telecommunications Corporation (China Telecom Group). On 7 January 2009, China Unicom was awarded WCDMA license to expand its business to 3G telecommunication. UMTS (Universal Mobile Telecommunications System) was launched in major cities across China on May 17, 2009.
On July 11 2020, China Unicom joined hands with LuHan to launch the “FuLu Companion Card”, which sounded the forward number for the further development of 5G. LuHan also officially unlocked his new identity and became a “China Unicom Innovation Partner”, with the “FuLu companion card” to bring exclusive benefits and surprises to the majority of Unicom users.

Buy this operator’s any services like top-ups, refills, airtime, or data through cryptocurrency using Crypto2mobile in China!!!!!